Please note: British Columbia is in Step 3 of its COVID-19 restart plan. Please adhere to COVID-19 health and safety measures, including physical distancing and frequent hand washing, and wearing a mask or face-covering in public indoor and retail spaces. If you are sick, please stay home.

Thrill-seekers find adventures galore in British Columbia’s great outdoors. To get your adrenaline pumping, cross a few (or all!) of these activities off your daredevil bucket list. 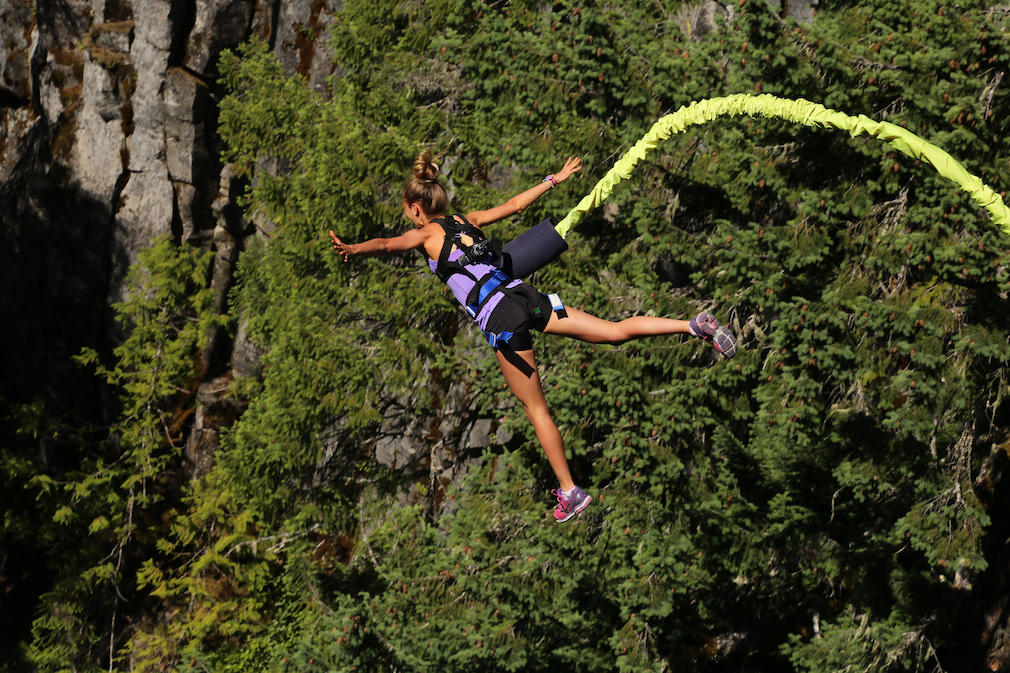 Jump off a bridge — literally. This one ranks high on many a bucket list.

You can do a solo or tandem jump from the Whistler Bungee bridge above the Cheakamus River or the WildPlay Nanaimo bridge over the Nanaimo River. Both spots feature a gorgeous backdrop of lush forest. And no matter which one you choose, the experience is breathtaking (in every sense of the word), guaranteed to cause a flood of both endorphins and emotions. 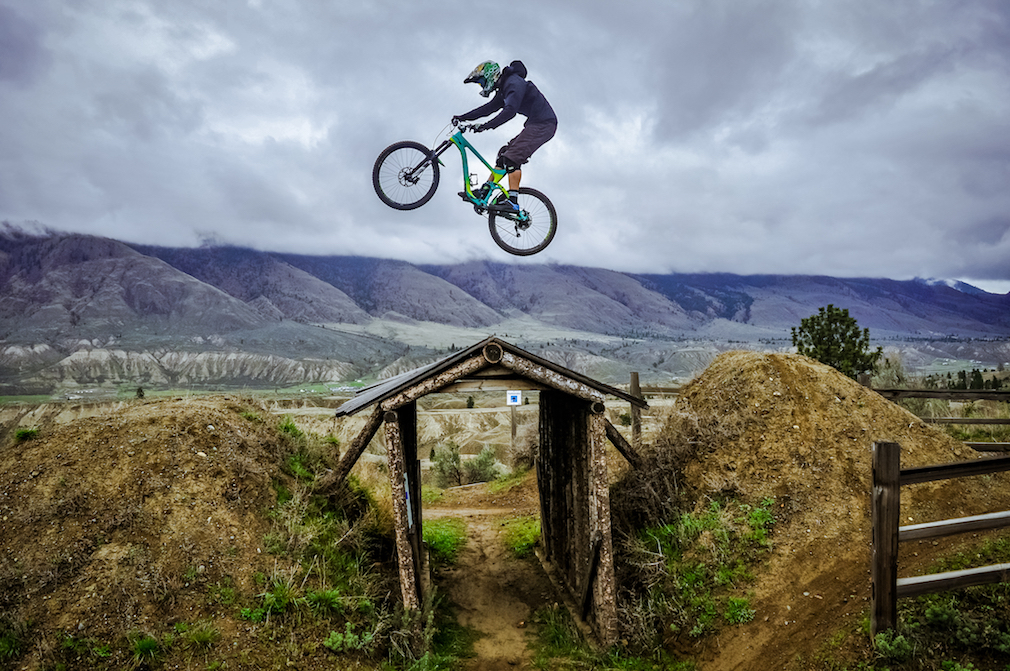 BC’s rugged terrain affords some of the best mountain biking on the planet, offering a plethora of challenges for those wanting to test their mettle on dope trails and rad step-downs.

Kamloops Bike Ranch has 26 hectares of free-ride and downhill trails, making it Canada’s largest municipal bike park. Whistler Mountain Bike Park has something for every level of mountain biker, with 1,507 metres of lift-serviced trails ranging from easy-cruising green to double blacks for experts only. Coast Gravity Park on the Sunshine Coast bills itself as Canada’s first low-elevation mountain bike park, and it has trails for beginners, experts and everything in between. 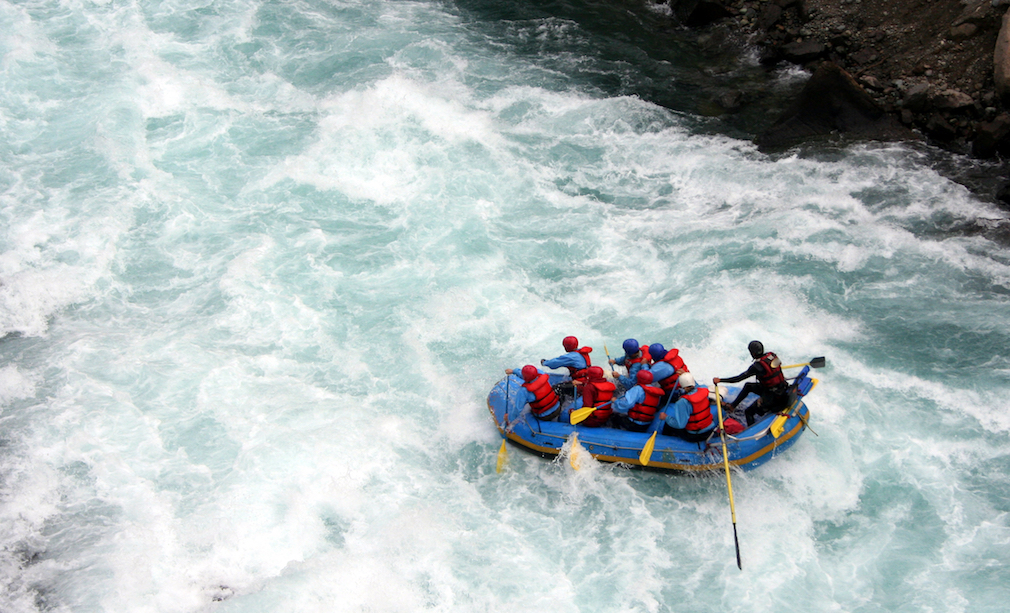 Spend a few hours (or even a few days) with your loved ones and get a good workout at the same time while paddling along a rushing river surrounded by dense rainforest. Keep an eye out for the resident wildlife, including bears, eagles and deer.

Some of BC’s top rafting spots include the Chilko, Chilcotin and Fraser rivers in the interior; Elaho and Cheakamus rivers in Squamish; Thompson River near Lytton; Kicking Horse River near Golden; and Babine River near Smithers. 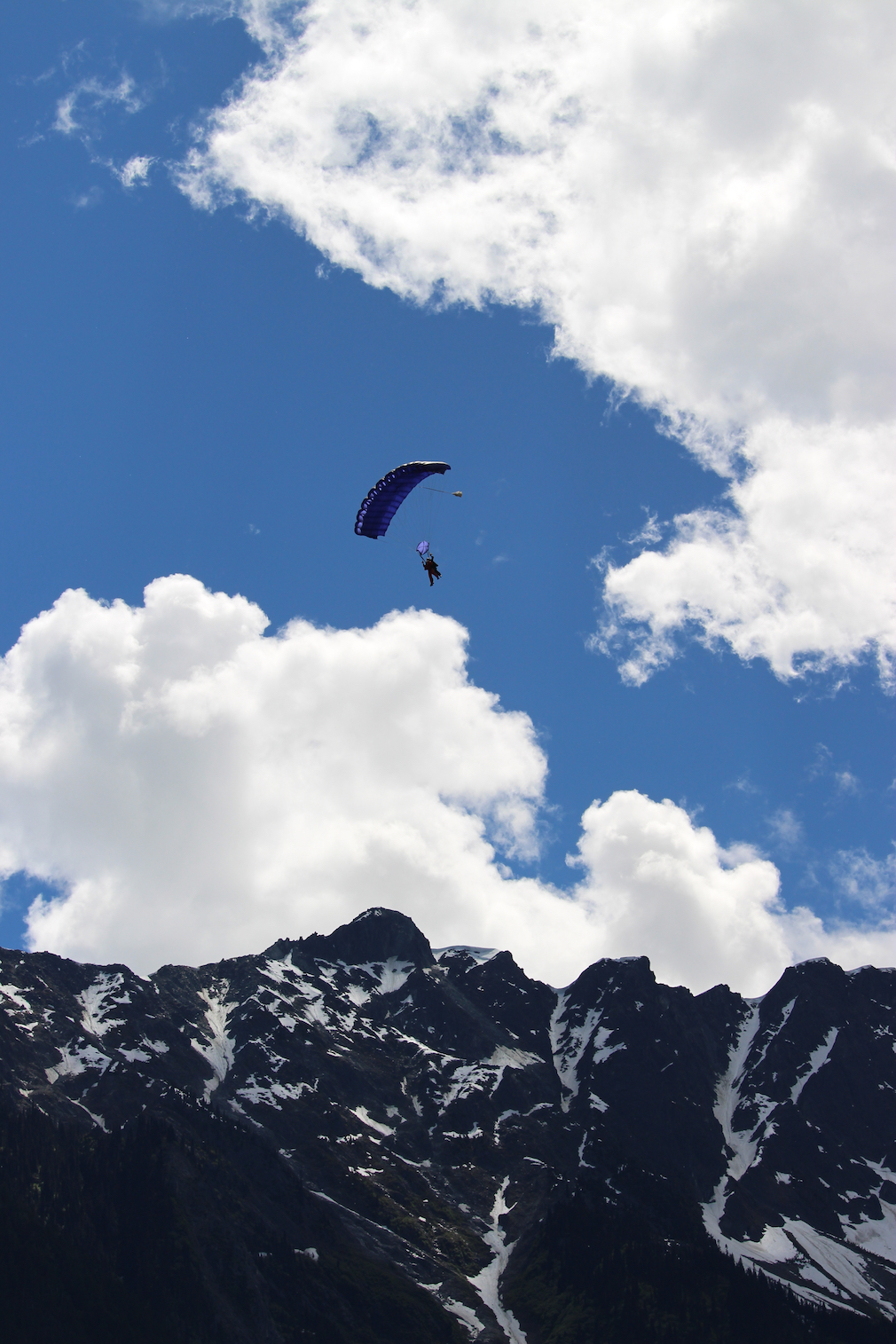 If you’ve ever felt the urge to jump out of a perfectly good aircraft, you can indulge that desire in a number of picturesque spots around the province.

Whistler Skydiving soars above the Pemberton Valley. After 45 heart-pounding seconds of freefall, you float gently for about five minutes above Whistler, Blackcomb and Mount Currie. Okanagan Skydive offers jumps high above Okanagan Lake and Kalamalka Lake. Experience 35 exhilarating seconds of freefall before drifting peacefully back down to Vernon Regional Airport.

A few more organizations that would be happy to help you complete “jump out of a moving plane” from your bucket list include Skydive Vancouver Island in Nanoose Bay, Capital City Skydiving in Campbell River, Skydive Vancouver in Abbotsford, Kamloops Skydivers Sport Parachute Club, and SkydiveBC North, which is based near Prince George and regularly offers courses all over Northern British Columbia, Alberta and the Yukon. 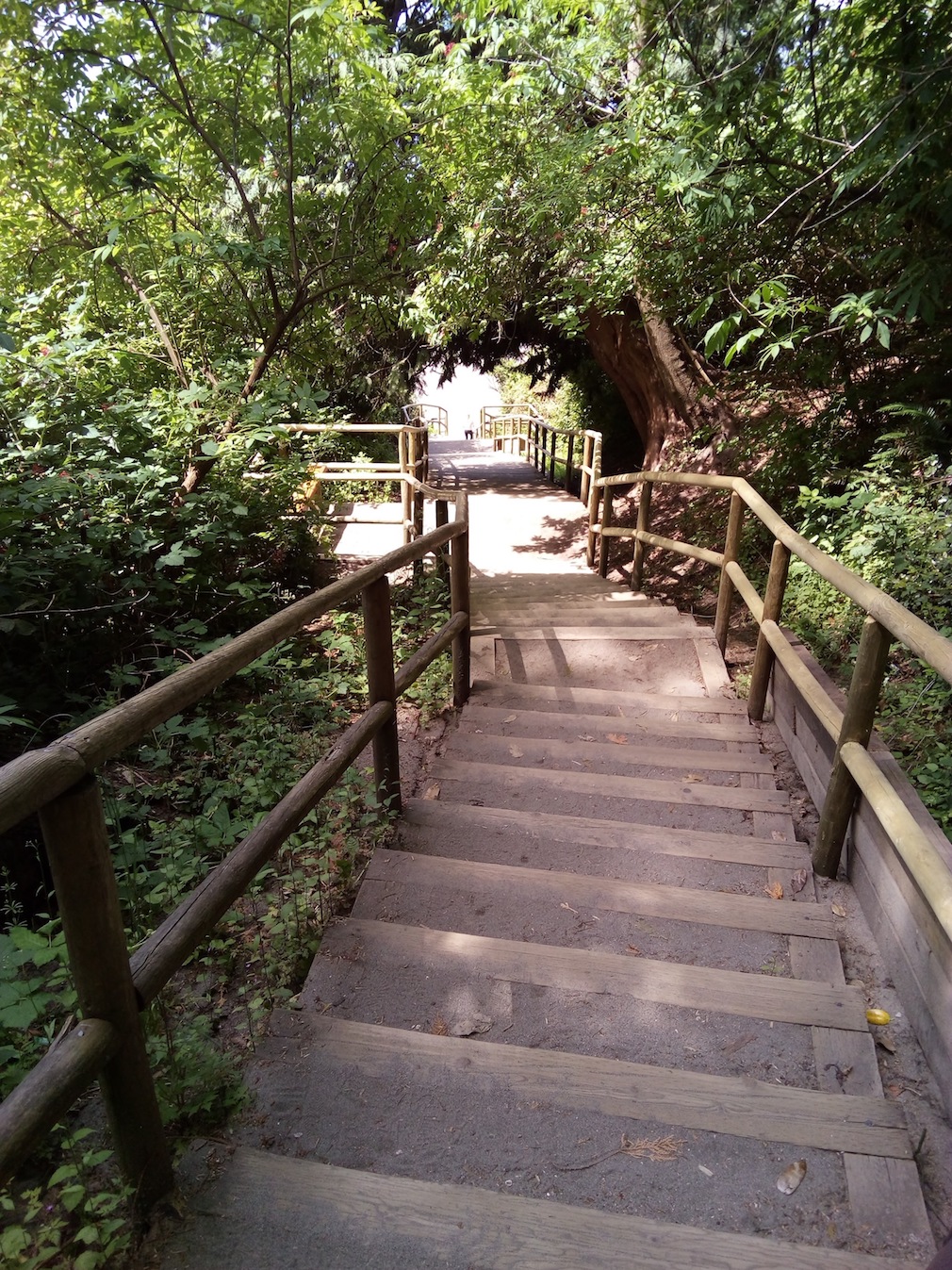 Grin and “bare” it at UBC’s infamous Wreck Beach, a haven for nudists on the edge of the University Endowment Lands. Not for the faint of heart, this clothing-optional beach is accessed by trekking down 473 stairs. Gawking is a no-no, as is littering — no one wants to carry your garbage back up those 473 stairs.

Little-known fact: More than once, the Canadian Coast Guard’s two hovercraft have had to rescue nude sunbathers who suffered severe sunburns on their tender nether regions. So wear your sunscreen! 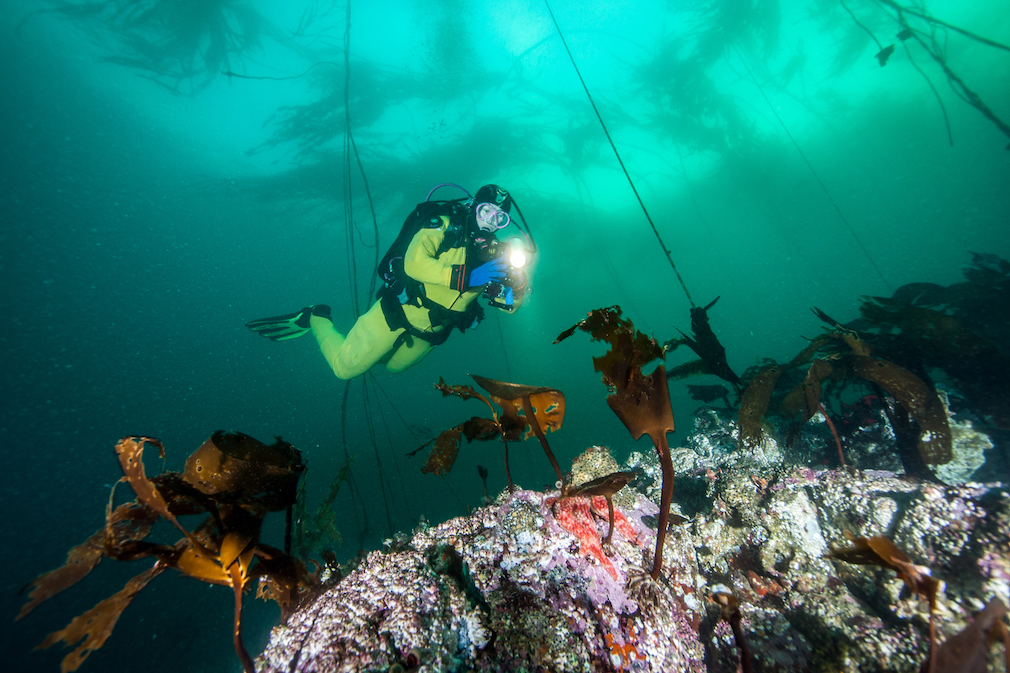 British Columbia boasts some of the best scuba diving in the world. Sure, the ocean is colder than in the tropics, but the colourful marine life, good visibility year-round and abundance of wrecks and artificial reefs more than make up for the chilly water.

The Artificial Reef Society of British Columbia has created nine artificial reefs, including a Boeing 737 sunk in Stuart Channel near Chemainus and a destroyer escort ship sunk in Sechelt Inlet near Kunechin Point. These human-constructed reefs are fascinating for divers to explore, and they support marine populations of fish and fauna in areas that lack adequate natural reef structures.

Whytecliff Park in West Vancouver and Porteau Cove in Squamish are two of BC’s best dive spots, and there are plenty more to choose from in Victoria, Sooke, Sydney, Port Hardy, Port McNeil, Campbell River, Hornby Island, the Sunshine Coast and the Gulf Islands. 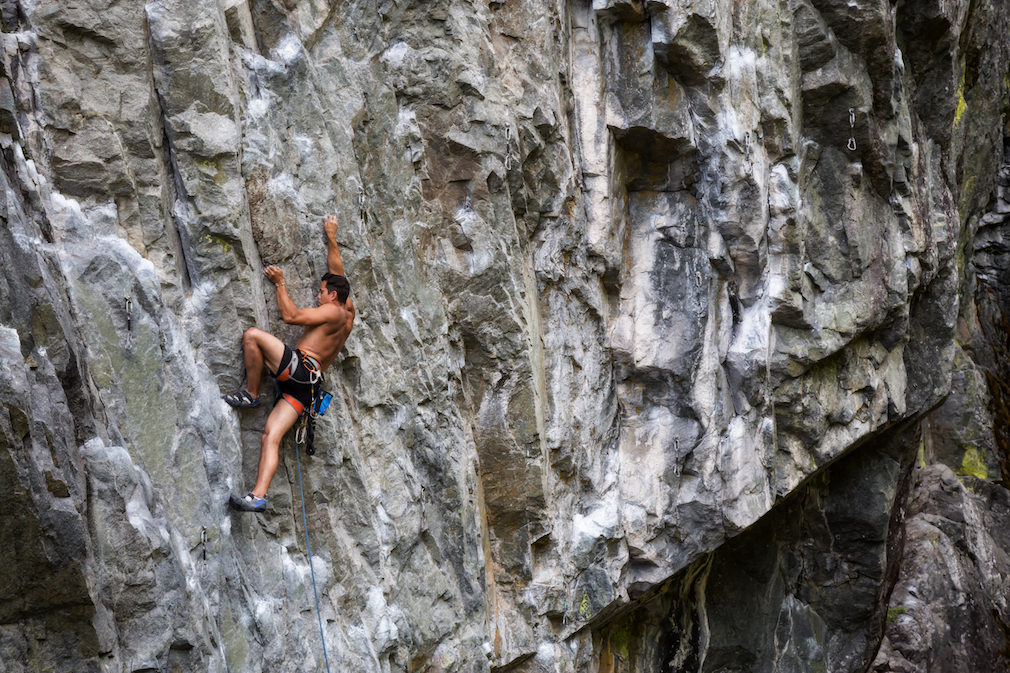 Squamish is one of the top destinations in the world for rock climbing and bouldering. Most famous is the Stawamus Chief, an enormous granite monolith affectionately known as “The Chief,” which stretches 700 metres above Squamish and Howe Sound. Other popular climbing spots around Squamish include Shannon Falls, Murrin Provincial Park, the Smoke Bluffs and Chek Canyon.

Elsewhere in the province, Skaha Bluffs in Penticton is popular with climbers, as is the Nelson and Kootenay Lake region.

Riding the Sea to Sky Gondola 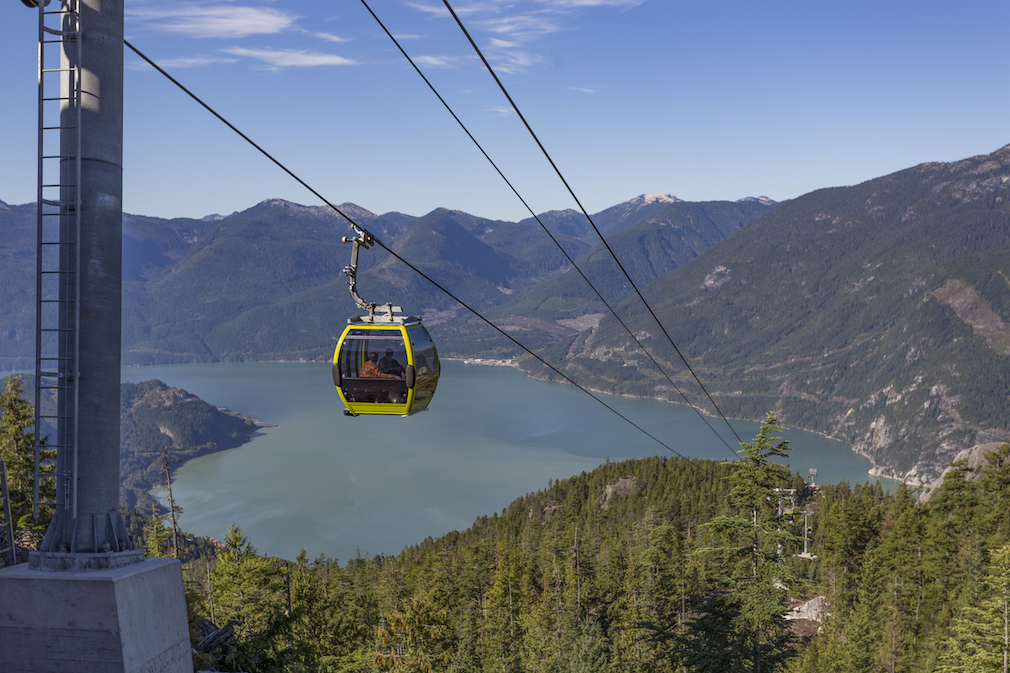 If you have acrophobia (fear of heights), then perhaps this isn’t the bucket list excursion for you. But if you thrill at the thought of ascending 885 metres in 10 minutes, swaying gently above the treetops (and the occasional black bear), then head to Squamish and hop on the Sea to Sky Gondola. Floor-to-ceiling windows deliver unobstructed views of Shannon Falls and the Stawamus Chief climbing area.

Once at the summit, take in the panorama of Howe Sound and snow-capped peaks from cantilevered viewing platforms, go for a hike through the coastal forest, cross a 100-metre-long suspension bridge, or try out Squamish Via Ferrata (Italian for “Iron Way”). On this vertical adventure, you wear a harness and use a fixed cable system to climb granite slabs, traverse a catwalk and cross a suspended bridge. 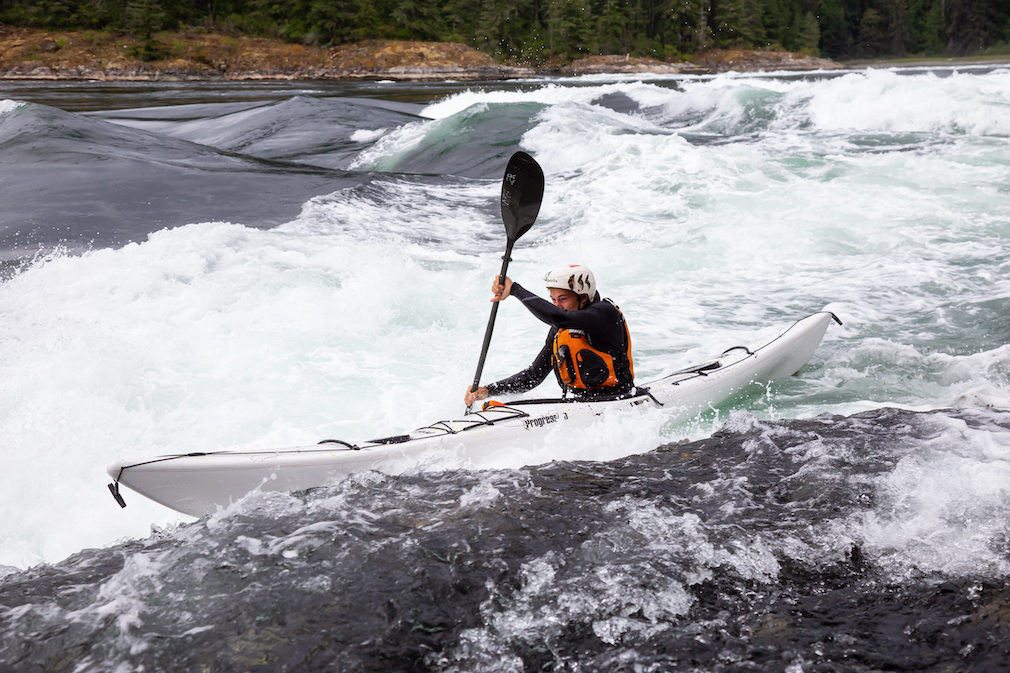 Extreme kayakers and scuba divers are irresistibly drawn to Skookumchuck Narrows, which boasts some of the fastest tidal rapids in the world. Twice each day, when the tide changes, these turbulent rapids reverse direction, and more than 200 billion gallons of water flow rapidly between Jervis Inlet and Sechelt Inlet. The difference in height between the two sides can be more than 2 metres.

If experiencing the “Skook” from the water doesn’t appeal, you can also watch this white water wonder from an 8-kilometre hiking trail near Egmont. Head to Roland Point to see big waves caused by Sechelt Inlet flooding at peak low tide, or to North Point to see whirlpools caused by the water leaving Sechelt Inlet at peak high tide. The best viewing times change every day. 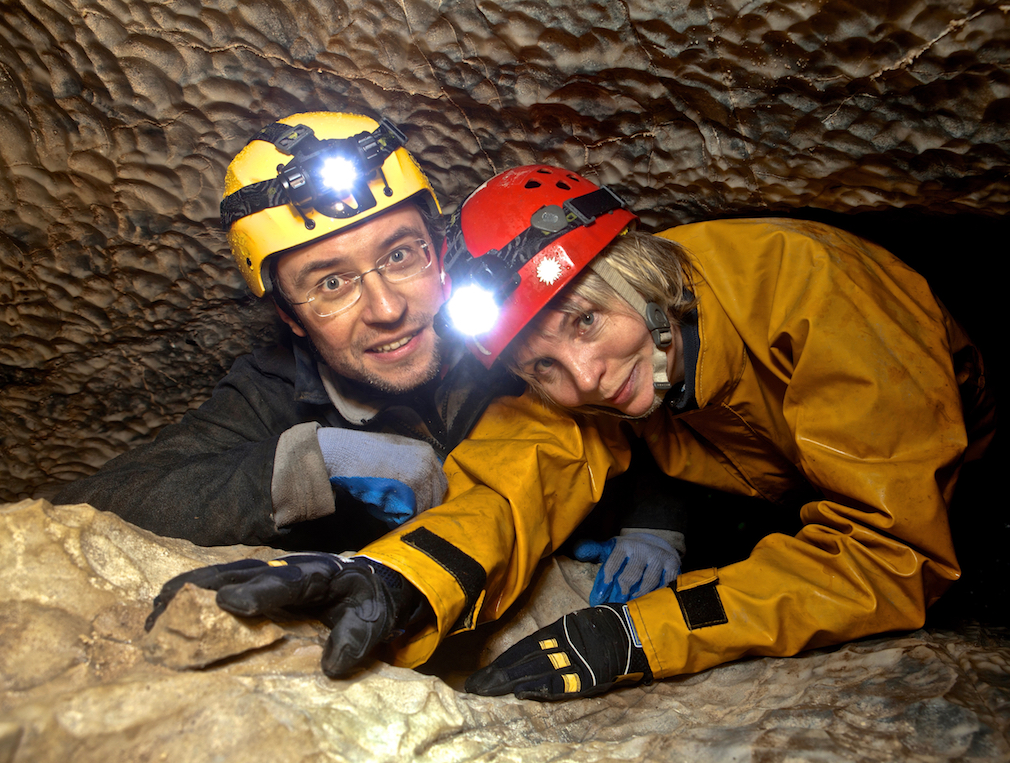 Vancouver Island has more than 1,100 recorded caves, which is the highest concentration of caves in North America. Specialized communities of plants and animals thrive in this underground environment without distinction between day and night.

Navigate through these beautiful and mysterious caverns with Horne Lake Caves in Qualicum Beach. Vertical squeezes, waterfall climbs, downhill slides and cave scrambling offer something for every spelunker. Guides point out crystal formations and ancient fossils, teach about the caves’ geology—and ensure you don’t damage the fragile ecosystem.

How many of these BC adventures have you crossed off your bucket list?