You Can Ski & Explore South Georgia Among Thousands Of King Penguins 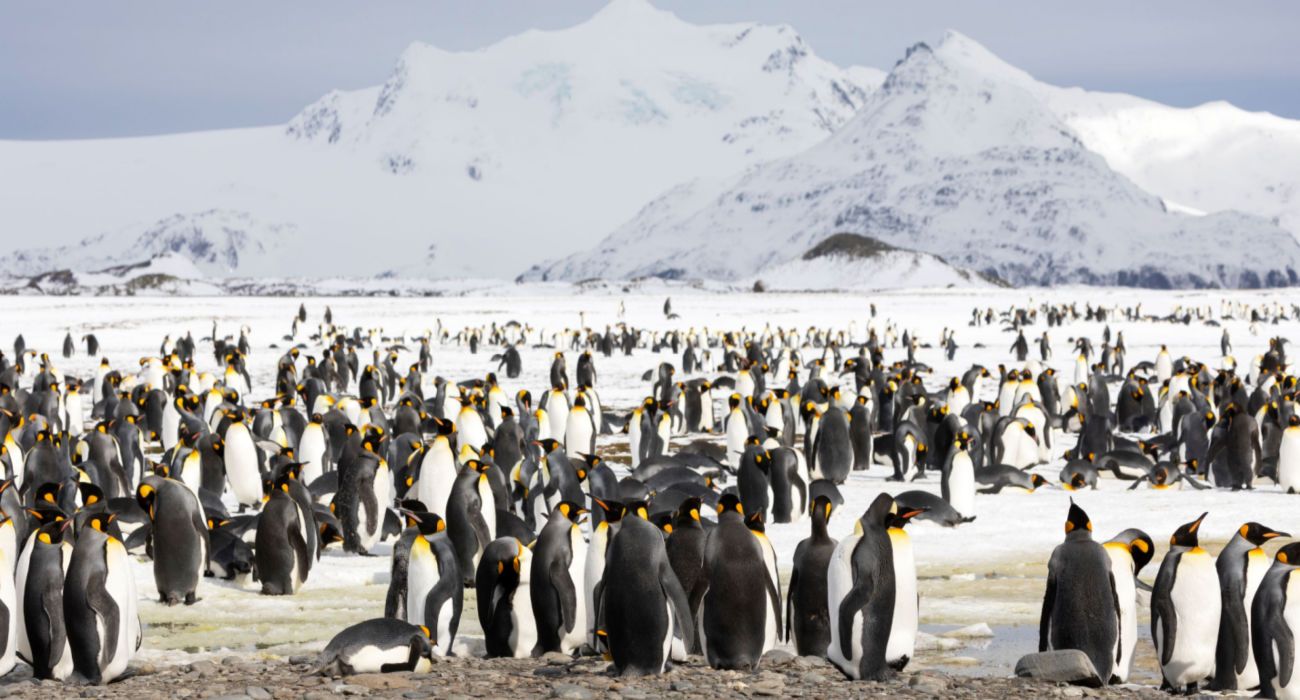 South Georgia is one of the most dramatic islands in the sub-Antarctic. It is an island bursting with classic Antarctic wildlife and is a repeat filming destination for many of David Attenborough’s nature documentaries. Visiting the remote but spectacular South Georgia Island (and the other Sub-Antarctic islands) is a once-in-a-lifetime experience.

It is even possible to ski on the island. Few people get to see South Georgia – and most of those who do see it come by expedition cruise. But the ultimate way to explore the island is with a skiing expedition into the island and perhaps even crossing the island by foot. South Georgia is the definition of adventure – it is sometimes even called the “museum at the end of the world.”

THETRAVEL VIDEO OF THE DAY

South Georgia Island – The Dramatic Pearl Of The Sub-Antarctic

South Georgia is part of the British Overseas Territory of South Georgia and the South Sandwich Islands. It is a mountainous and heavily glaciated island and has numerous dramatic bays and fjords along its coasts.

It wasn’t until 1675 that the island was first discovered, and at the time, it had no indigenous population on account of its harsh climate and remoteness. The first landing on the island was by James Cook, who claimed it as a British possession in 1775.

In the following years, it became a whaling and seal hunting base. There are still the ruins of various whaling bases there today. The island has a nonpermanent population of between 16 and 32 people, made up of British soldiers, scientists, and the like.

Related: You Can Travel Through The Northwest Passage With This Tour

This is a land that almost no one ever ventures to ski. Skiing here is about as adventurous as it comes – one of the great options is the famous Shackleton Traverse.

If one is planning an adventure to South Georgia, then one will need to accept that the itinerary needs to be flexible. The weather is extreme and changeable, so plans may need to change. But no matter what, everyone will be coming away with an unforgettable adventure.

The island is only accessible by sea, and there is no visitor accommodation on the islands. Almost all visitors come by cruise ship or yacht – one company offering trips to South Georgia is Quark Expeditions.

When the ship comes to South Georgia, there is the opportunity to go ashore and watch the vast colonies of King penguins as well as the seals and other inhabitants of the island. Passengers are left speechless by the dramatic landscapes of the mountains and glaciers.

There are many other expeditions that call in at South Georgia – all of them offer the adventure of a lifetime.

Related: Unlock The Colors Of The Arctic On This Northern Lights Tour

The Wildlife Of South Georgia

South Georgia is home to a staggering amount of wildlife. One will see hundreds of thousands of King penguins, majestic nesting albatrosses, and innumerable numbers of seals.

Of the 30 species of breeding birds, 11 are considered threatened or near-threatened.

The waters surrounding the islands are teaming with life. They are an important habitat for migrating whales and an array of other marine life. Key to the food web is the Antarctic krill in these waters. Efforts to protect the native wildlife on the island have seen the rodents of the island exterminated along with the 3,500 reindeer that had been introduced to the island.

Where To Go For The Best Plant-Based Dining Experiences

The Best 5 Places For Fall Foliage In Canada

The Best 5 Places For Fall Foliage In Canada

Stay In The Wild Scottish Highlands In This Dramatic Lighthouse

Seven Cool New Ways To Make A Gin And Tonic